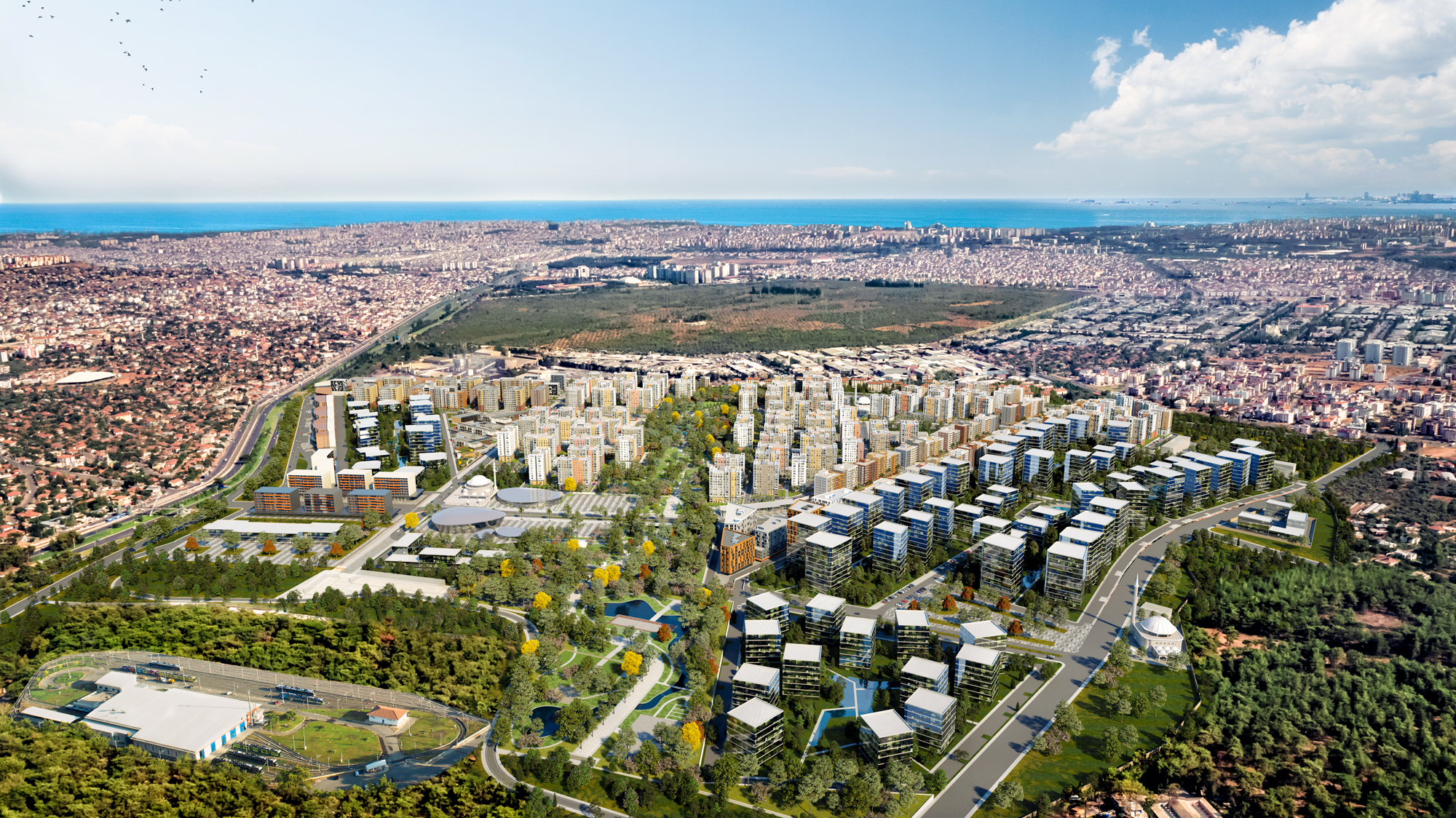 A New Antalya is Being Built in Antalya

It is not just a new Antalya that is being built in Antalya. Sur Yapı, which has launched the largest urban regeneration project of Turkey in an area of 1,300,000 m2 presents all the beauties Antalya has to offer with a big and unique idea.

A New City is Being Built in Antalya!

This city has many features that makes it different from all other cities. Health and educational institutions, shopping malls, commercial premises, giant city parks, hospitals, museums, and technocities will be built in the city for you to be close to everything. Briefly, Sur Yapı Antalya offers you all the things that a city needs to have.

Asking How Is It Possible to Built a New City in Antalya?

Sur Yapı creates a new city by transforming 800 tons of rubble a day and building a total of 70,000 living areas including 19,000 residences, shops, home offices, and other units on an area of 1,300,000 m². A modern city is being built with a huge city park and green areas planned in order for you to breathe the air with plenty of oxygen in an area of 260 thousand m². All the details are created with meticulous attention in this city without damaging anything.

While building a new city in Antalya, we are not only adding value to life. A legacy city which will be handed down to the future generations is being built. Sur Yapı Antalya, with its investment value of 8 billion TRY, makes Antalya an important city to live and invest in the future as it is today. The city offers advantages for people both living and investing in it.

A New Antalya is Being Built in Antalya!

The construction of 93 blocks continues at the fastest pace!

Subscribe to the e-bulletin to get news from Sur Yapı.

Who are we? What we did & What we do What makes us different? Human Resources Project Finder Project Map Facts & Figures Contact